What Makes Tanzania The Best Birding and Wildlife Safari Destination?

Tanzania is Africa’s largest country sitting on a geographical area of about 945,087 km² bordered by Kenya and Uganda in the north, Burundi and the Democratic Republic of Congo in the west,  Zambia, Malawi and Mozambique in the south and to the east by the Indian Ocean. In most cases when one hears about Tanzania, the first thing that comes in their mind is the Serengeti National Park famous for its wildebeest migration wildlife safaris in Tanzania. Yes, you are right to think that way! Tanzania safaris are popular because of the diversity in wildlife species within her boundaries. Many tourists always try to find where to visit on an African safari and Tanzania is always one of the top destinations looked ar. But then why would one choose to tour Tanzania or add it to their safari bucket list. However, don’t be blinded about the wildlife in tours Tanzania because it has lots of other Tanzania safari attractions including birds. With a resident population of about 1,388 different bird species, inclusive of the migratory birds from Europe and Southern Africa, Tanzania is definitely one of the greatest places on in the world for birders interested in Bird watching safaris in Tanzania. 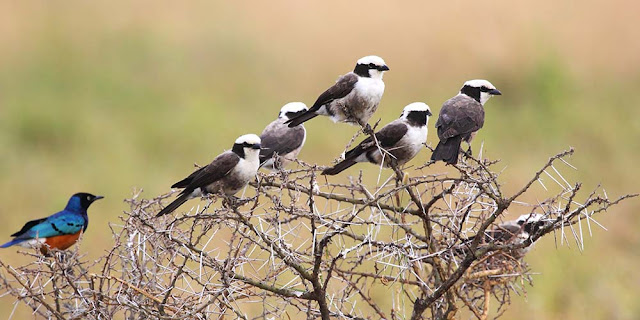 Interested in only Tanzania wildlife safaris? Don’t make it strict, it is possible to enjoy Tanzania birding tours alongside the Tanzania wildlife tours for they all take you to remarkable African safari destinations that boost a bird list of over 100 species. From the gigantic Marshall eagle to the delicate sunbird, the elusive Shoebill to the omnipresent Marabou, there is certainly something to please anyone looking out for them on their Tanzania safaris tours.

At the moment, Africa takes lead and has a reputation as the best birding continent in the world hosting a profusion of commendably colourful and easily observable birds. During your safari Tanzania, undertake birds and wildlife safari to Tanzania for it is designed to maximize both big game and birdwatching safari Tanzania experiences. Your tour operator will only select the very best and most accessible destinations with both hence assuring you with the best ultimate Africa safari memories. 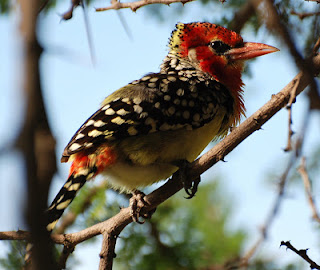 We tailor Tanzania birding tours specifically designed to target basically all the Tanzanian endemic bird species, including Udzungwa Forest Partridge, Dapplethroat and the endangered Uluguru Bushshrike. The tour also focuses on the regional specials including the beautiful Fischer’s, Ashy Starling, Grey-breasted Spurfowl Yellow-collared Lovebirds, and Rufous-tailed Weaver. The most rewarding thing about this trip to Tanzania is that you will have ample time to marvel the highest concentrations of wildlife that cannot be found anywhere on the Africa planet.

Are you interested in a just a Uganda safari, book your Uganda safari tour with us so we tailor for you a Uganda wildlife tour itinerary that passed through destinations where you can see warthogs? You may visit other parks like Bwindi Impenetrable National Park, Mgahinga Gorilla National Park for a Uganda gorilla safari, or Uganda gorilla trekking safari or decide to visit other National Parks like Queen Elizabeth National Park Uganda, or Kidepo Valley National Park for a wildlife safari in Uganda. If you’re interested in Uganda day tours, we can tailor for you a 1 Day Jinja tour, 1 Day Jinja excursion, 1 Day Kampala city tour, 1 Day Ngamba Island trip, 1 Day Fishing trip and many more.

Tailor the activity to either your Rwanda wildlife safari, wildlife safari in Uganda or Congo wildlife safari and have more of sightings but a lifetime experience. if a tourist needs a lifetime sight of millions of wildlife, a safari to Kenya, tour Kenya or Tanzania tour is one of the wise options to undertake. The wildebeest can be sighted in one of the safaris to these countries.

We Can Deliver On Projects